It is often impossible to take the entire facade of a building in just one photograph. You have to take several photos then mount them together in a mosaic to form the picture.

Many programs claim to do mosaics of several photos, but what they actually mean can vary a lot. Some do no more than straighten up several photos in one document, leaving the user the task of mounting them together as best he can, with programs such as PhotoShop.

Excluding such kinds of program, many other alternatives remain: 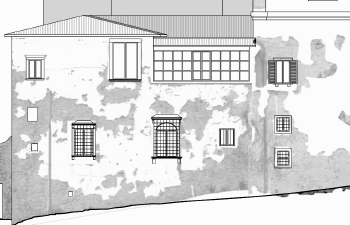 This image was obtained by straightening up parts of photographs of a convent and matching them to the corresponding parts of a scale drawing, in order to highlight and measure the parts of the facade needing restoration. Note that the front view contains elements on different layers. Various techniques described in this article have been used, such as working on selected parts of an image, mosaicing and transparency control. (project architect: Matteo Lamberti) 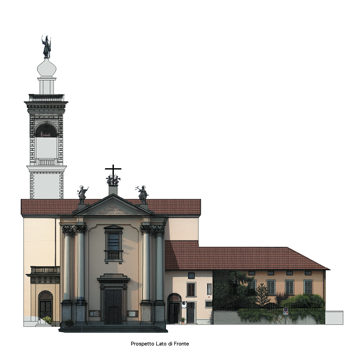 Mosaicing of images with different depth, positioned corrected on the basis of a topographic instrumental survey